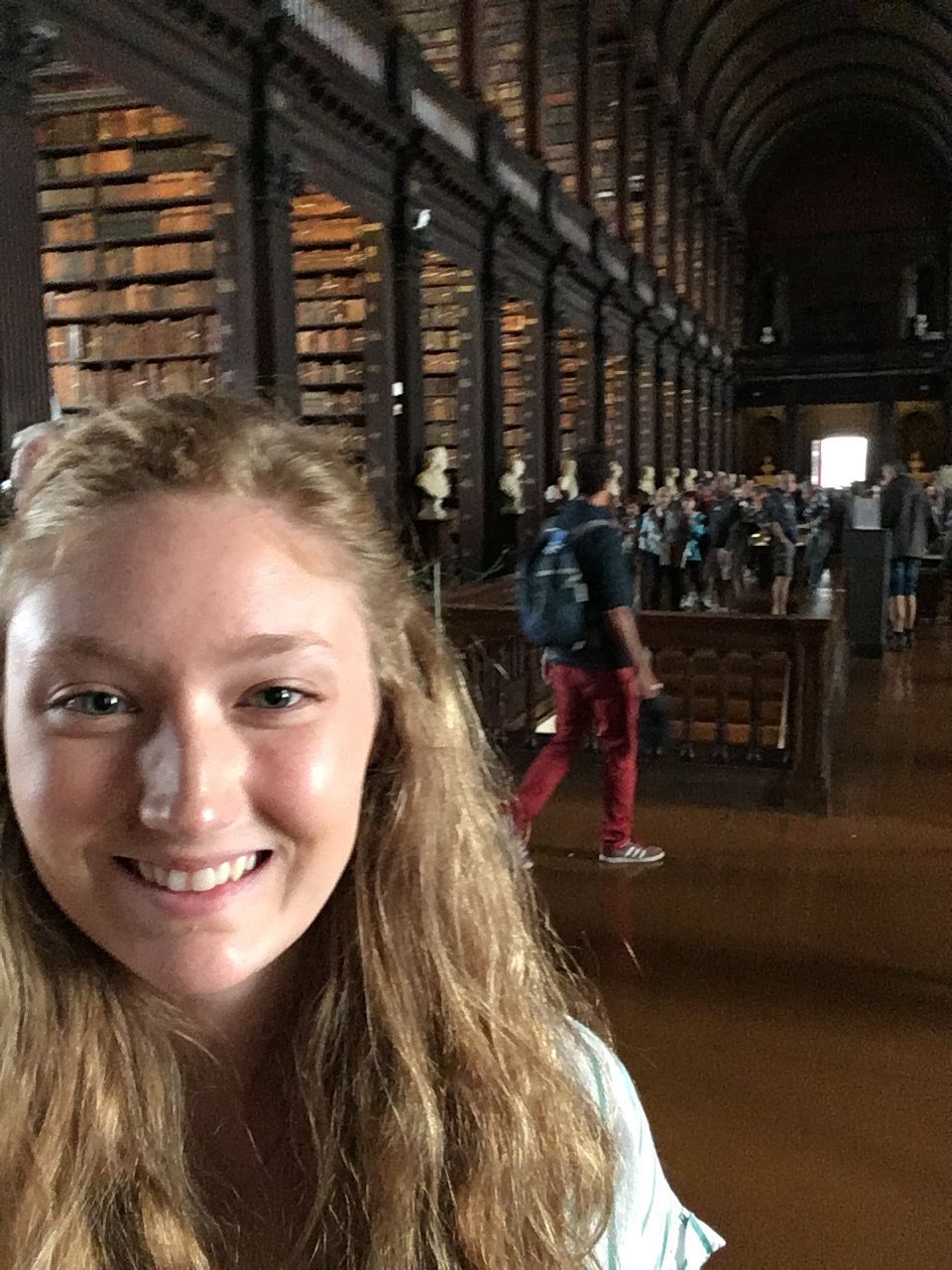 When faced with the prospect of travelling Europe alone doing research, it is very easy to become overwhelmed and apprehensive. This past semester I received a scholarship from Emmanuel College to conduct independent research in Italy for my senior thesis. In the past, I have only travelled anywhere with my family so I had never travelled anywhere on my own in any respect. So going to a new country, alone, where I don’t speak the language, is very daunting. To prepare for this trip I binged DuoLingo like nobody’s business, but there is nothing that can prepare you for actually being in an environment with a new language. Everything I thought I knew I immediately forgot. Thankfully, I was not alone at first. My professor who was visiting Rome was able to take me through the next 48 hours and helped me get settled for the coming weeks. One of the things I was most unsure of was the phone situation. International data is ridiculously expensive, so the best option was to purchase an Italian phone plan. This is the best idea ever that has saved my life over and over again. Being alone was less terrifying when I had someone I knew with me who was also used to life in Rome. After she left, I was really on my own. From there on out, I had to figure things out by myself. I have been able to get along by memorizing things and places as well as a few key phrases. For instance, while I cannot string together a single coherent sentence in Italian still, I can still go to the supermarket and successfully purchase what I needed for the next couple of days. Adapting to a completely foreign culture was difficult for sure, and I don’t think that there is anything that can prepare someone for an entirely foreign environment. The only true way of understanding another culture is to become completely immersed in it and to see the way others live their day to day lives.

The research that brought me to Italy in the first place was focused around women artists of the Italian Renaissance. Think for a moment. Name two, no, one female artist during that time. It’s nearly impossible. When I took a class about gender and art at Emmanuel College, I was struck by the fact that women have been pushed aside in the art world even during the most influential of times. I became determined to find women and to bring their stories to light. This has been a difficult process, since women have been kept away from notoriety. Last semester I received a scholarship that allowed me to study just this and to see for myself how few women have made it through the centuries into the art we know today. Some of my most memorable stops were the Uffizi Gallery in Florence, the Palazzo Pitti in Florence as well, and of course, the Vatican Museums. It was amazing to experience works of art that have been passed down through the centuries from family to family, pope to noble, until I saw them for myself. What was the most remarkable was how few places held artwork by women. Some of the galleries that held modern art had more variety, but still very few women were featured. It’s one thing to talk about the lack of women in the art world, but it’s an entirely different thing to see this stark difference for myself.

My time abroad was something that will stay with me forever. I was alone for a month in a foreign country and I learned to adapt to my surroundings. I embraced being alone, and that helped me focus on my research and myself. I learned so much about what I came there to research, but I also learned that I can handle 36 hour flight delays, delays on the Italian Metro, the internet being used up and not being unlimited, how to cook and care for myself, and how to be alone. This has been a life changing experience for me in so many ways. I am a stronger person because of my time there, and I want to use that to show others not only that being alone is an enlightening experience, but that women have endured much worse, and their legacy lives on.